Back in 2012, Delta was the first premium US airline to introduce Basic Economy Fares. Basic Economy Fares are economy class tickets sold with many restrictions. Many passengers arrive at the airport in complete surprise and unprepared for the extra expenses and limitations of these tickets. If earning and using airline status is important to you, be very careful before purchasing Basic Economy fares.

Basic Economy fares are the premium airlines’ response to the lowest cost carriers. Basic economy fares typically have more inclusions than the lost cost carriers. For more details on how to have a successful flying experience on Spirit Airlines and other low-cost carriers, check out our article. In this article, we will outline what these restrictions are so that you can decide if you should or shouldn’t purchase them.

Each airline that offers basic economy fares has various restrictions; with the following key restrictions shared amongst all:

No Seat Assignment Until Check-in

Delta, United, American, and JetBlue Basic fares restrict seating for passengers prior to online check-in. Some of these carriers will allow you to purchase seats prior to check-in and others do not. You can find more details on which ones do and don’t below.

Within the last years, US airlines implemented policies that now base status and mileage earned off of the cost of the ticket. Booking basic economy fares at the lowest cost will prolong the time that it will take you to earn airline status. In addition, most of these airlines have also either totally eliminated or heavily reduce the frequent flyer miles and status earned when flying on a premium economy ticket.

Changes Are Not Permitted

Basic Economy fares are the most restrictive fares that you can purchase. Changes are not permitted on these tickets. That means if your plans change, you will be required to purchase a new ticket. Some airlines may permit you to upgrade your ticket to a standard fare and then make a change. Most times this will be more than the cost of the ticket. Please note due to Covid-19 many airlines are lifting this restriction temporarily.

Monkey see Monkey do. This is the basis of how the airline industry operates. One airline imposes a restriction, no matter how invasive, and typically 4 out of the remaining 5 will eventually do the same. After 9/11 we saw the airlines, one after the other start to charge baggage fees. At this point, all airlines minus Southwest charge for any checked baggage.

Basic Economy fares have raised the level of restrictions for baggage. Now, airlines are even charging and restricting carry-on baggage. One thing that remains unchanged is that you can bring a personal bag such as a purse or laptop bag on all flights. This bag must be small enough to fit under the seat in front of you.

Below you will find the Basic Economy Fare restrictions for Delta, American Airlines, United Airlines, and JetBlue.

Passengers traveling on a Basic Economy fare will typically be in the last boarding group. If you are traveling with a carry-on bag, it is likely that the overhead bin will be full before you are seated. Please remember this and plan accordingly.

Seat assignments are issued after check-in. You are not eligible for paid or comp upgrades or seat assignments. Seats will not be assigned until after you check in to your flight. If your seat number does not appear on your boarding pass, your seat will be assigned at the gate before you board.

Basic Economy fares on Delta are not eligible for, paid or complimentary Delta Comfort Plus seating.  Delta’s Basic Economy fares do however earn the same Delta SkyMiles benefits as any other discounted economy ticket (discounted tickets are typically any non-refundable fare).

Changes and refunds are not allowed you are not able to change or refund your ticket after the Risk-Free Cancellation Period. Basic Economy fares are not eligible for same-day confirmed or standby flight changes.

You are allowed to bring a carry-on bag, complimentary. Standard baggage fees apply to all checked bags.

A seat will automatically be assigned prior to boarding. Complimentary seating is not allowed, and you can change the seat once assigned. You can purchase an upgraded seat at check-in only. Family and group seating are unavailable.

You are unable to check-in online unless you indicate that you are checking a bag. If not, you must check-in at the airport counter. You will board in the last boarding group.

United Airlines’ Mileage Plus frequent flyer members will earn award miles based on the fare purchased and their status. They will earn towards their lifetime miles, premier qualifying points, and towards the four-segment minimum. Frequent flyers cannot use any status perks to get seating or mileage upgrades.

Mileage Plus members will not receive any complimentary upgrades due to status. They also will not be able to use any paid complimentary premier or mileage upgrades. Paid or complimentary economy plus seating is not allowed on Basic Economy fares.

United Airlines’ Basic Economy fares are non-refundable. Ticket Changes are not allowed, other than same-day standby.

Carryon Bags are not allowed when you’ve purchased a Basic Economy ticket on United Airlines. If you were to bring a carryon sized bag to the gate, they will charge you the cost to check the bag ($30), plus a gate handling fee of $25.00.  Checked Bags fees are the same for Basic Economy fares as they are for any other fare.

Seats can be selected prior to departure at a cost. If you do not pay for a seat one will be assigned at no cost during check-in. If you are traveling as a family American Airlines system will attempt to seat you together one day prior to departure. They will not guarantee that an entire family can be seated together, but they do ensure that children under 15 will be seated with an adult.

Basic Economy fares do not earn any status of mileage on American Airlines.  American Airlines is however more generous to Advantage Members who already have status as you will still receive the following benefits:

Complimentary Preferred and Main Cabin Extra Seating based on status

Fares are non-refundable and itinerary changes are not allowed prior to the travel date. Same-day flight changes are allowed for a fee, other-wise you can stand by for a flight at no charge.

You are allowed to bring a carry-on bag, complimentary. Standard baggage fees apply to all checked bags.

Seat assignments are allowed once online check-in opens. Seats can be purchased in advance for a fee.

Starting after 07/20/21 or later check blue will no longer include Carryon bags in their Blue Basic fares. A personal bag that can fit under the seat in front of you is permitted at no additional cost. If a carry-on is brought to the gate it will have to be checked and you will be charged $65. Standard baggage fees apply to all checked bags.

One positive for JetBlue is that they will not oversell the cabin. Being in the last boarding group in addition to not having seat assignments before check-in would put you at a lot of risk on an airline that also oversells their flights.

5 Tips For Budgeting For Your Dream Vacation 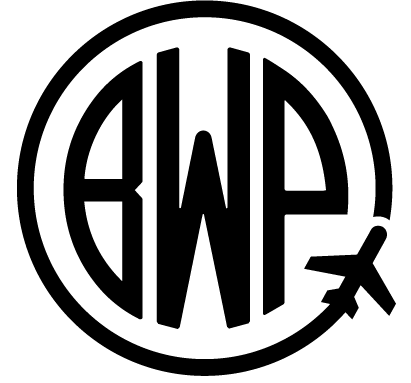